Home / About Us / Current Board Members 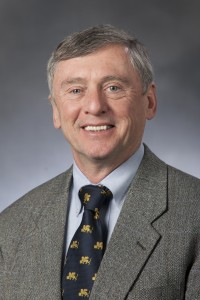 More information can be found at: http://polisci.duke.edu/people/john-aldrich/ 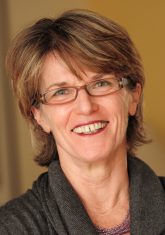 More information can be found at: https://you.stonybrook.edu/leonie/ 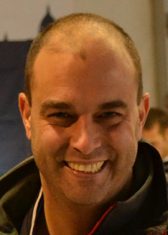 Joshua A. Tucker is Professor of Politics, affiliated Professor of Russian and Slavic Studies, and affiliated Professor of Data Science at New York University. He is the Director of NYU’s Jordan Center for Advanced Study of Russia, a co-Director of the NYU Social Media and Political Participation (SMaPP) laboratory, and a co-author/editor of the award-winning politics and policy blog The Monkey Cage at The Washington Post. He serves on the advisory board of the American National Election Study, the Comparative Study of Electoral Systems, and numerous academic journals, and was the co-founder and co-editor of the Journal of Experimental Political Science. His original research was on mass political behavior in post-communist countries, including voting and elections, partisanship, public opinion formation, and protest participation. More recently, he has been at the forefront of the newly emerging field of study of the relationship between social media and politics. His research in this area has included studies on the effects of network diversity on tolerance, partisan echo chambers, online hate speech, the effects of exposure to social media on political knowledge, online networks and protest, disinformation and fake news, how authoritarian regimes respond to online opposition, and Russian bots and trolls.  His research has appeared in over two-dozen scholarly journals, and his most recent book is the co-authored Communism’s Shadow: Historical Legacies and Contemporary Political Attitudes (Princeton University Press, 2017). Follow him @j_a_tucker.

More information can be found at: https://as.nyu.edu/content/nyu-as/as/faculty/joshua-tucker.html 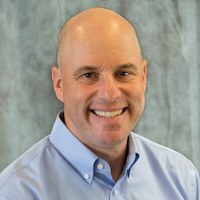 After receiving his Ph.D. from UC Berkeley, Ben Highton worked for a year in Washington, DC, for a U.S. Senator as part of the American Political Science Association’s Congressional Fellowship Program. While there, he specialized in education policy. He joined the UC Davis political science department in 1999 and teaches and conducts research in the areas of public opinion, elections, and research methods. His research and teaching interests include American national politics, political behavior, elections, public opinion, and research methods. 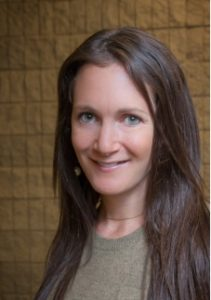 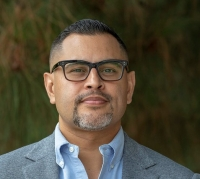 Efrén Pérez is Full Professor of Political Science and Psychology (by courtesy). His scholarship centers on political psychology, with specific interests in racial and ethnic politics, language and political thinking, implicit political cognition, and the measurement of political concepts. His book, Unspoken Politics: Implicit Attitudes and Political Thinking (Cambridge University Press), received two prestigious awards from the American Political Science Association. He is also the author of numerous articles in leading political science journals, such as the American Journal of Political Science, The Journal of Politics, and Political Behavior. Beyond his research, Efrén directs the Race, Ethnicity, Politics, and Society experimental lab (REPS Lab), and the Center for American Politics and Public Policy (CAPPP). He is a firm believer in actively mentoring young scholars, both at the undergraduate and graduate levels. You can find out more about his research at https://eoperez.com 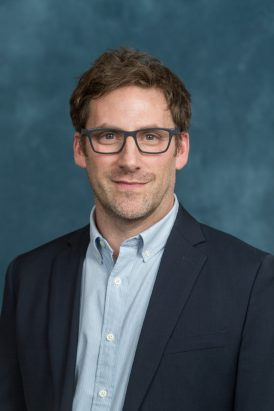 Stuart N. Soroka is Michael W. Traugott Collegiate Professor of Communication Studies and Political Science, and Faculty Associate in the Center for Political Studies at the Institute for Social Research, University of Michigan, having moved from the Department of Political Science at McGill University in summer 2014. His research focuses on political communication, on the sources and/or structure of public preferences for policy, and on the relationships between public policy, public opinion, and mass media.
Current projects include work on negativity in politics, on the role of mass media in representative democracy, and on support for social welfare and immigration policy. Professor Soroka‘s work has been published in the American Journal of Political Science, the British Journal of Political Science, Political Communication, Public Opinion Quarterly, the International Journal of Press and Politics, Journalism, Comparative Political Studies, and elsewhere. His books include Agenda-Setting Dynamics in Canada (UBC Press), Degrees of Democracy (CUP), Health Care Policy and Opinion in the United States and Canada (Routledge), and Negativity in Democratic Politics (CUP). Professor Soroka was also a co-investigator with the Canadian Election Study. 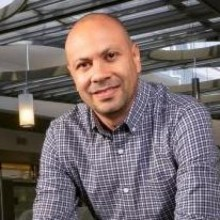 Ismail K. White is an Associate Professor of political science at Princeton University. He studies American politics with a focus on group identities, African American politics, public opinion, and participation. He also works on the development of survey and experimental methods for better understanding political and social issues. His research has appeared in the American Political Science Review, American Journal of Political Science, Journal of Politics, Public Opinion Quarterly, Political Analysis and many other journals. Dr. White is co-editor of the book “African-American Political Psychology: Identity, Opinion, and Action in the Post-Civil Rights Era” (Palgrave MacMillan, 2010. He received his B.A. in political science from Southern University in Baton Rouge, Louisiana and his Ph.D. in political science from the University of Michigan. 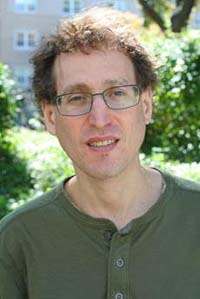 James N. Druckman is the Payson S. Wild Professor of Political Science and Faculty Fellow at the Institute for Policy Research at Northwestern University. He is also an Honorary Professor of Political Science at Aarhus University in Denmark. His research focuses on political preference formation and communication. His recent work examines how citizens make political, economic, and social decisions in various contexts (e.g., settings with multiple competing messages, online information, deliberation). He also researches the relationship between citizens’ preferences and public policy, and how political elites make decisions under varying institutional conditions.

More information can be found at: http://faculty.wcas.northwestern.edu/~jnd260/ 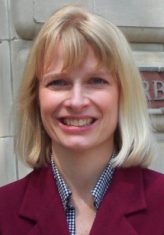 Diana C. Mutz is Samuel A. Stouffer Professor of Political Science and Communication at the University of Pennsylvania, where she also directs the Institute for the Study of Citizens and Politics in the Annenberg Public Policy Center. Mutz is a two-time winner of the APSA’s Robert Lane Prize for the best book in the field of political psychology, once for Impersonal Influence: How Perceptions of Mass Collectives Affect Political Attitudes (Cambridge, 1998) and again for Hearing the Other Side: Deliberative Versus Participatory Democracy (Cambridge, 2006). She is a fellow of the American Academy of Arts and Sciences and a former fellow at the Center for Advanced Study in the Behavioral Sciences and the Center for the Study of Citizens and Politics at Princeton University. She has published articles in a variety of academic journals including the American Political Science Review, American Journal of Political Science, Public Opinion Quarterly, Journal of Politics and Journal of Communication. She served as Director of Innovation for the National Annenberg Election Study as well as founding co-PI of Time-sharing Experiments for the Social Sciences. Her research focuses on mass media and public opinion.

Lonna Rae Atkeson is a Professor and Regents Lecturer in Political Science at the University of New Mexico where she also directs the Center for the Study of Voting, Elections, and Democracy and the Institute for Social Research.  She is also a member of the MIT Data and Election Science Board (MEDSL).  Her research focuses on election science, election administration, survey research, public policy, voting rights, public opinion, and political behavior.  She has authored or edited 4 books, including the Oxford University Handbook on Polling and Survey Methods (Oxford, 2018), over 50 referred articles and book chapters, numerous policy reports and several amicus curiae briefs.  She has received several academic and policy awards including the Jack Taylor Best in Government Award from Common Cause New Mexico, Distinguished Service Award from Verified Voting New Mexico and United Voters of New Mexico, and the Excellence in Mentoring Award from the Society for Political Methodology. She has been a consultant to the Department of Defense, the US Election Assistance Commission, the Pew Charitable Trusts, various private companies and has served as an expert witness or consultant on several legal cases.  During the 1994 elections she worked for Talmey-Drake, a survey research firm in Boulder, Colorado.   Currently she is an Associate Editor for Political Analysis and is the election analyst for KOB-TV. Her research has been supported by the National Science Foundation, the JEHT Foundation, Pew Charitable Trusts, the Golisano Foundation, the Thornburg Foundation, the New Mexico Department of Transportation, the New Mexico Secretary of State, and Bernalillo County, New Mexico. She Received her BA from the University of California, Riverside and her PhD from the University of Colorado, Boulder. 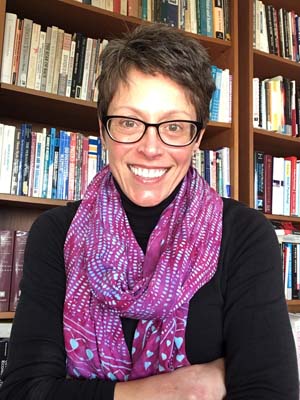 Jennifer Jerit is Professor of Government at Dartmouth College. She has interests in public opinion and political communication, with a focus on the features of news coverage that influence whether people learn about politics. Several of her current projects examine best practices for the measurement of public opinion through survey and experimental methods. In 2010, Jerit received the Erik Erikson Early Career Award for Excellence and Creativity in the field of Political Psychology, and her work has been funded by the National Science Foundation and the Economic and Social Research Council. Her research has appeared in the American Political Science Review, American Journal of Political Science, Journal of Politics, Public Opinion Quarterly, and other scholarly journals. 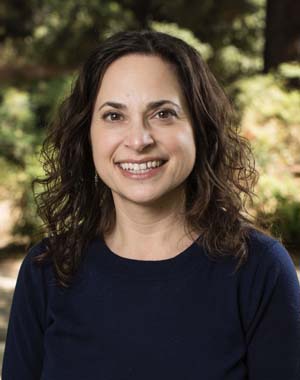 Jennifer Merolla is Professor of Political Science at the University of California, Riverside. Her research focuses on how the political environment shapes individual attitudes and behavior across many domains such as candidate evaluations during elections, immigration policy attitudes, foreign policy attitudes, and support for democratic values and institutions. She is co-author of Democracy at Risk: How Terrorist Threats Affect the Public, published with the University of Chicago Press (2009), and Framing Immigrants: News Coverage, Public Opinion and Policy, published with the Russell Sage Foundation (2016). Her work has also appeared in journals such as Comparative Political Studies, Electoral Studies, the Journal of Politics, Perspectives on Politics, Political Behavior, Political Research Quarterly, Political Psychology,and Women, Politics, and Policy. She was field editor for American Political Behavior for the Journal of Politics from 2015-2018. Professor Merolla earned her PhD in Political Science from Duke University in 2003. 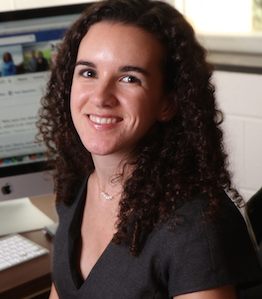 Professor Jaime Settle is David and Carolyn Wakefield Term Associate Professor of Government at the College of William & Mary, the director of the Social Networks and Political Psychology Lab and co-director of the Social Science Research Methods Center. Dr. Settle teaches courses on various aspects of American politics, focusing primarily on topics related to political behavior, psychology, and communication.

Prof. Settle is broadly interested in how contentious interpersonal interactions about politics affect the way that individuals perceive conflict in their environment, evaluate other people, and engage within the political system. She is currently working on a book manuscript that explores the effect of social media communication on our polarized attitudes about the people with whom we disagree politically. In other work, she has used large-scale datasets derived from online social networks (such as Facebook) to refine an understanding of the effects of our social network on how we think, feel and behave politically. She also strives to incorporate data and methods from the natural sciences into her research to help explain fundamental aspects of political behavior, such as the influences on the way people talk about politics. 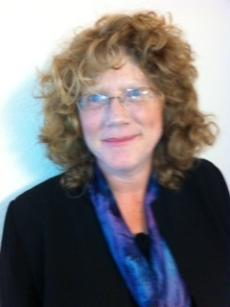 Laura Stoker‘s research focuses on the development and change of political attitudes and behavior, with a focus on family influences and generational change. She also writes on topics at the intersection of research design and statistics, including the optimal design of multi-level studies, problems of aggregation, survey sampling, and the estimation of cohort effects. She regularly teaches undergraduate and graduate courses on political psychology and research methods. Her publications have appeared in many venues including the American Political Science Review, American Journal of Political Science, British Journal of Political Science, Electoral Studies, and Journal of Politics. Stoker is the recipients of fellowships from the Center for Advanced Study in the Behavioral Sciences, Oxford University, and the University of Manchester. She is a former Chairman of the Board of Overseers of the American National Election Studies (2000-2002). 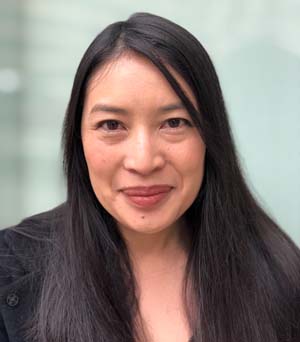